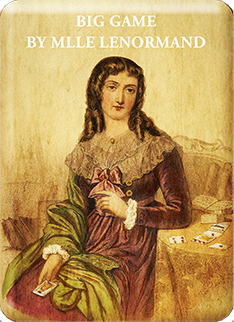 This astro-mythological Tarot was created at the beginning of the XIXth century by Marie-Anne Lenormand. Born in Alençon in France in 1772, big scholar, her creates this Tarot from a classic game of 54 cards, by being inspired by the Greek and Roman mythology, by the alchemy and by the astrology.

The most famous consultants of Miss Lenormand are Marie-Antoinette, Marat, Robespierre, Charlotte Corday and Napoleon.

Miss Lenormand having left texts on some of its methods for the interpretation of the main events of our life, this application will allow you to make different Drawings, in particular an Drawing based on names and first names of the person who consults, those of a friend or the company name of a company. 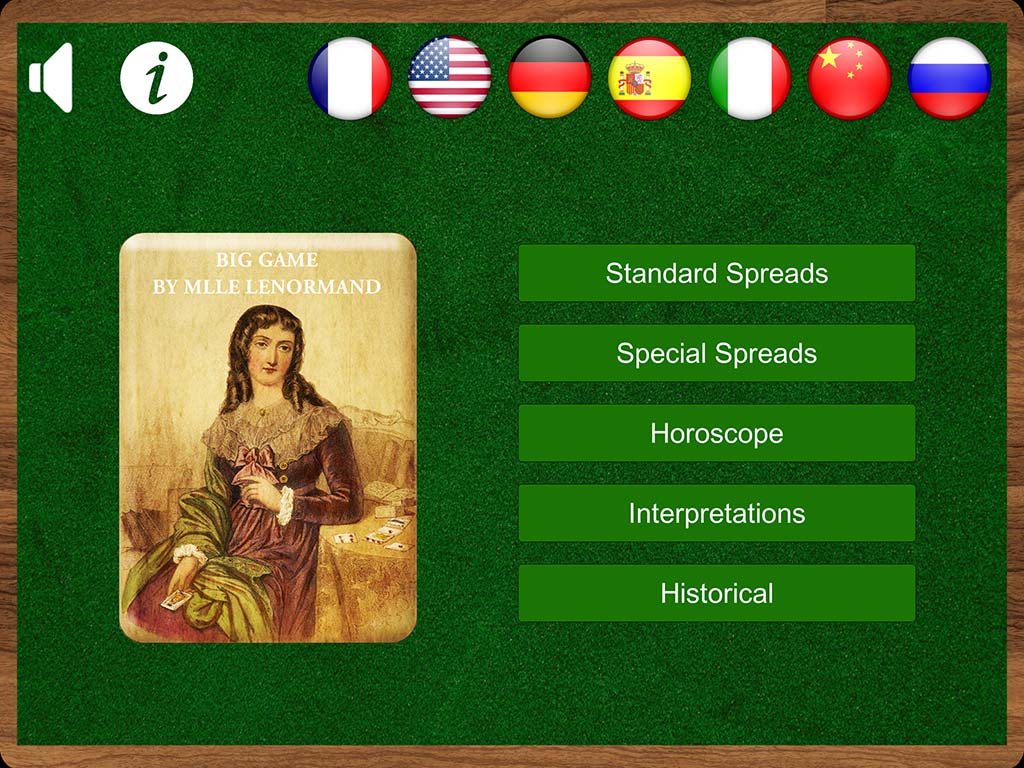 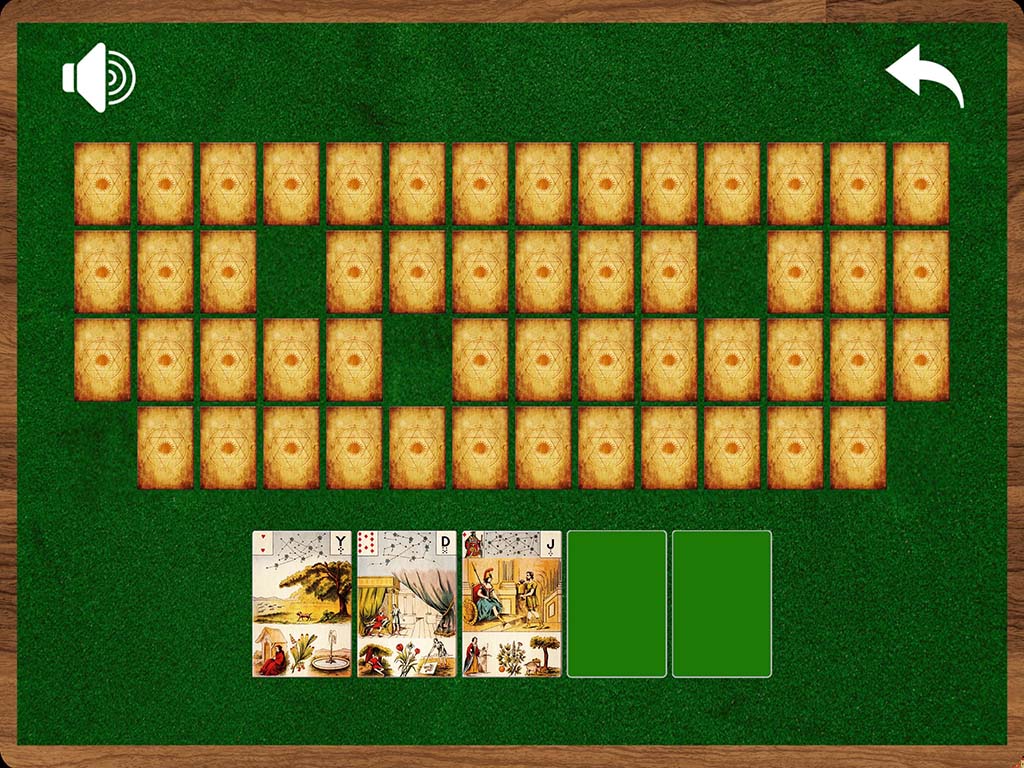 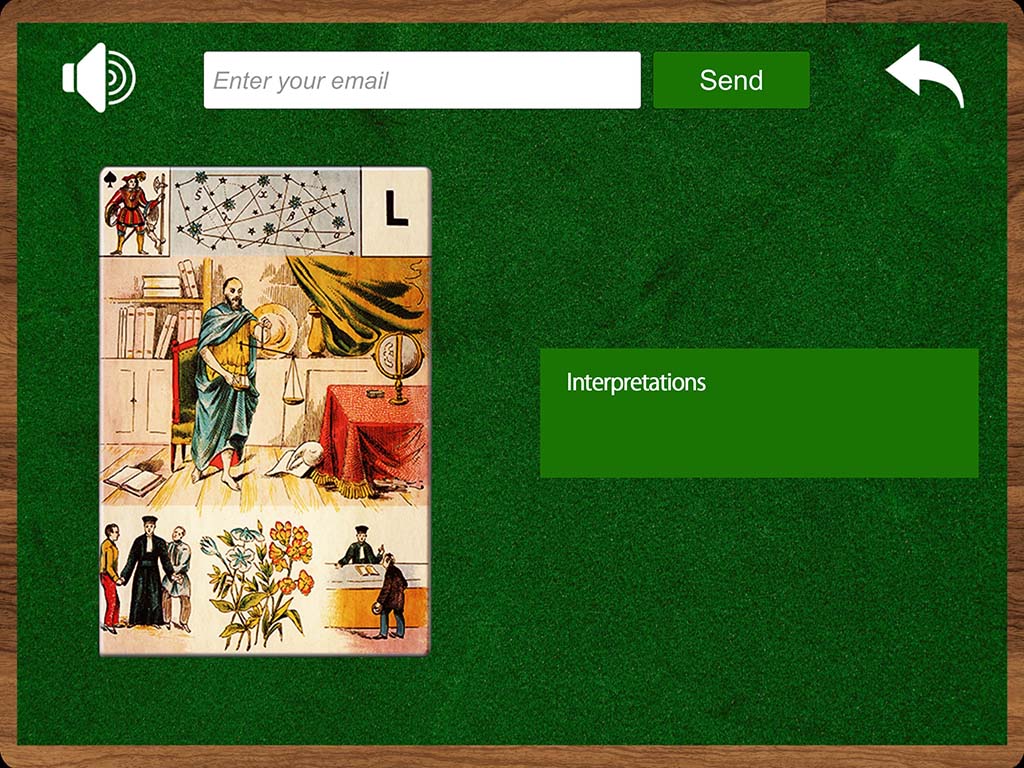 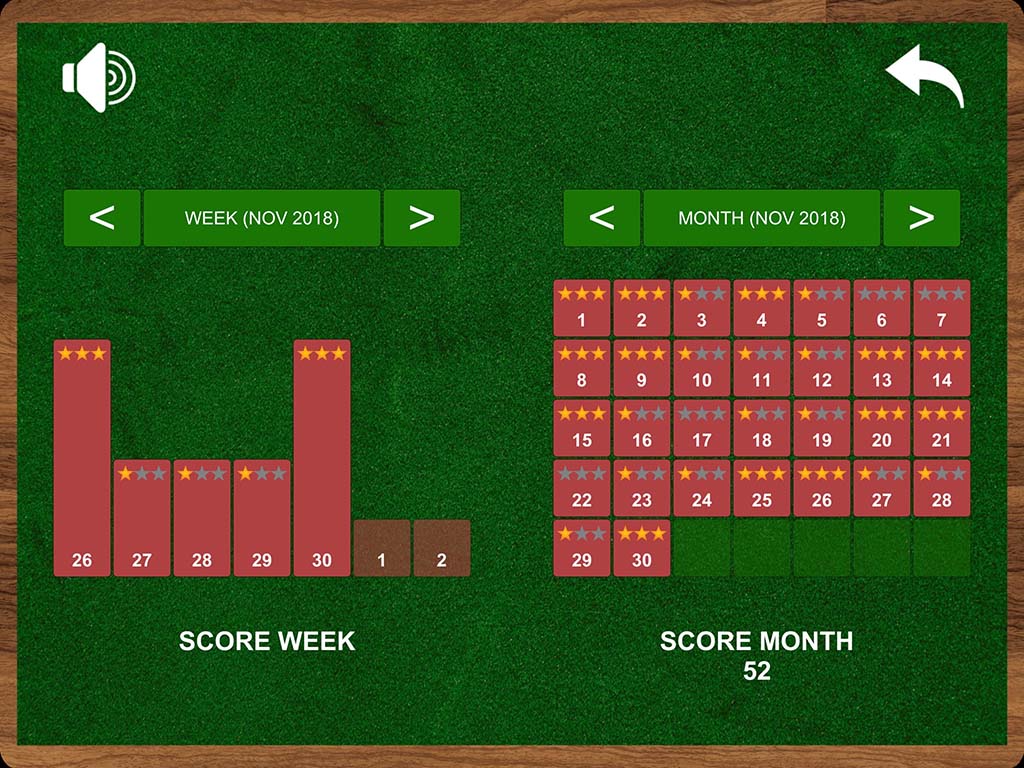